Improving resiliency in an era of climate change 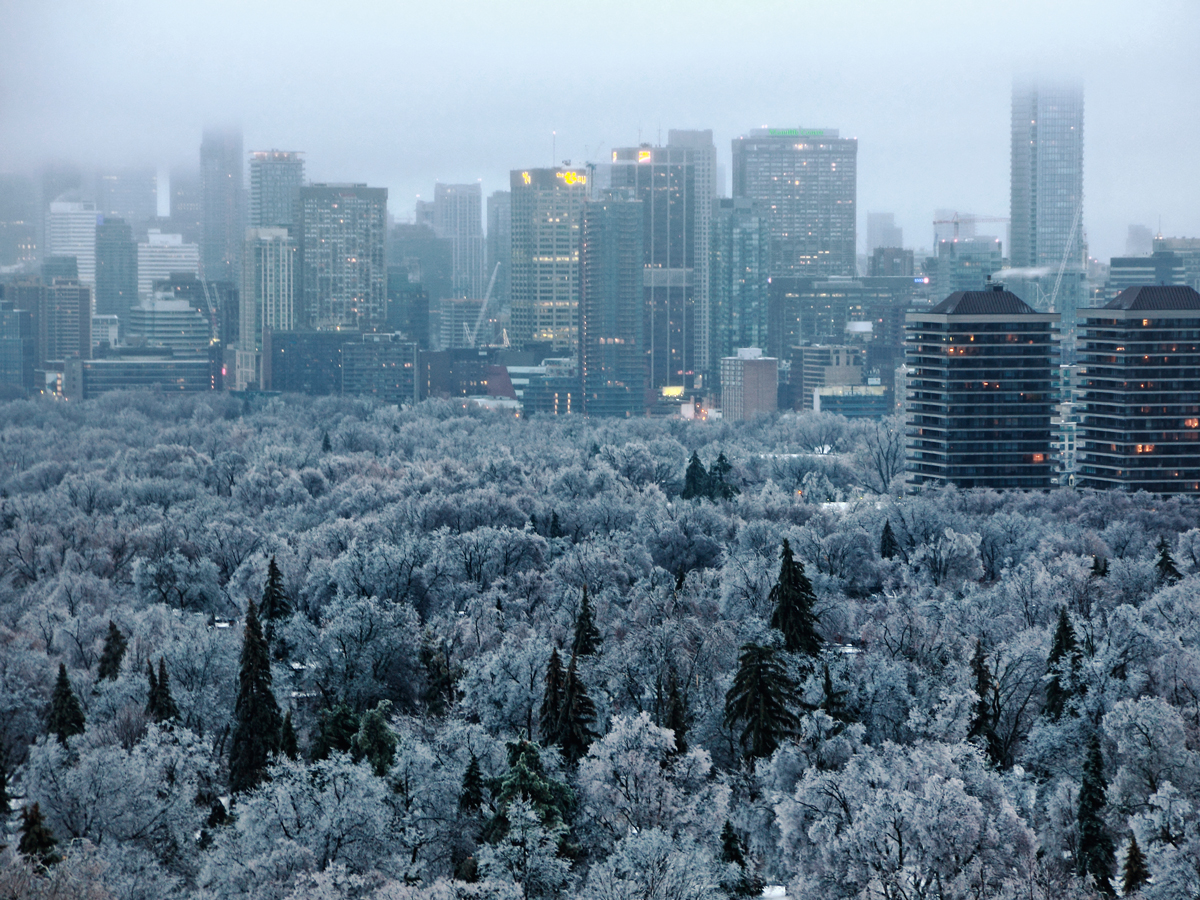 Due to the current spotlight on climate change, we would like to share some of our thoughts and recommendations on how severe weather events are impacting the electrical grid and how we can make the grid more resilient.

Severe weather events such as high winds, extreme rainfall, ice storms as well as droughts and heat waves are the result of climate change. Hurricane Sandy, for example, left approximately 8.5 million people without power, while the Toronto Ice Storm and the flash flooding of 2013 cut power to approximately 250,000 and 300,000 customers, respectively. It is estimated that close to 90 per cent of the most severe power outages are caused by such ‘abnormal’ weather events.

The reality of the matter is however, that these abnormal events are occurring more and more frequently. This augmented probability, together with our society’s dependence on electrical power (making us more vulnerable) increases the overall risk posed by extreme climate related power failures.

Your local distribution company, or LDC, measures how often it fails to provide power to its customers and for how long. While such measures indicate how well an LDC performs with regard to its reliability, they often fail however to capture the resilience of the power grid in the event of these violent events.

Resilience is a term used to see how well a system performs under extreme stress or how long it takes for that system to recuperate. In electrical terms, we define a resilient grid as one that can withstand extreme stress by being prepared and having robust infrastructure, but also being able to restore power as rapidly and efficiently as possible via increased flexibility and the ability to quickly adapt and learn from past mistakes.

Methods for improving the resilience and reliability of the grid include both high and low-tech solutions such as smart technologies, micro-grids, general awareness and demand management. However, one can’t manage what can’t be measured. Therefore, we propose that LDCs use the following or similar indicators to measure their system performance regarding resilience.

On the distribution side:

A post-extreme event investigation can:

We propose that these or similar indicators are considered to be implemented at the LDC level, as such measures allow the comparison among different LDCs and provide them vital statistics on how to improve their grid resilience. At the same time, it is key to compare these measures over time in order to track any improvements made regarding these specific outages.

Such measures, in concert with necessary policy changes and the introduction of smart technologies, public awareness and preparedness are important. We can all play our role in making the grid more resilient for a future with far more extreme weather conditions than we are used to. 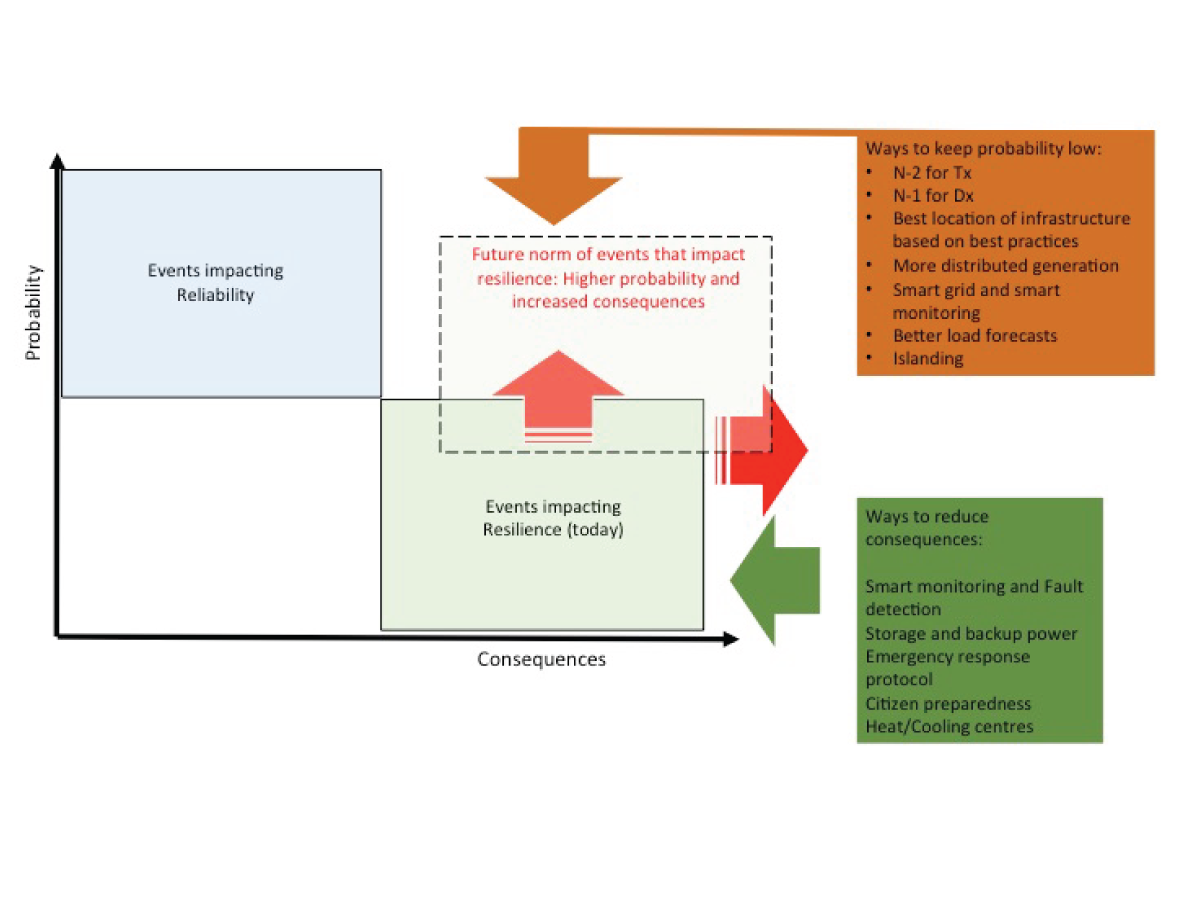 This is an illustration of the shift towards increased probability (i.e. Frequency) and more severe consequences (dotted rectangle) as a result of Climate Change. There are ways to keep the increase of both probability and consequences at bay. Source: Thierry Spiess.

"Such measures, in concert with necessary policy changes and the introduction of smart technologies, public awareness and preparedness are important. We can all play our role in making the grid more resilient for a future with far more extreme weather conditions than we are used to."