Affordability Issues, Not the Pandemic, Drive Population from the City of Toronto and Peel Region

By: Diana Petramala and Frank Clayton

Statistics Canada released its annual population estimates for subprovincial areas as of July 1st, 2021, on January 13.

There has been much speculation and media coverage regarding intraprovincial migration (net flow of people moving between municipalities within the province) out of the Greater Toronto Area (GTA) into other regions of the province because of the pandemic. In this blog we look at where people are moving to and from and how these trends may have been impacted by the pandemic.

The data show there was an increase in net people leaving the GTA in 2021 (see Figure 1). However, this is a continuation of a trend that started a decade earlier.

The Greater Golden Horseshoe (GGH) has also experienced a longer-term decline over the past several years. The gap between the net outflow of population from intraprovincial migration from the GTA and the GGH suggests that more residents from the GTA are moving to other parts of the GGH in search of more affordable lower density housing, but also that residents of the outer GGH are moving to other parts of the province for the same reason. 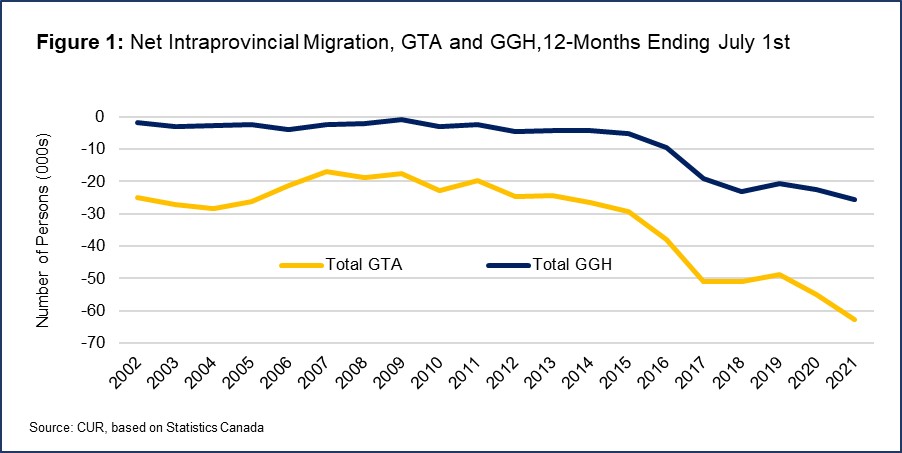 Both the city of Toronto and Peel region had more net loss of population in 2021 than in 2020. But once again this is the continuation of a longer-term trend and not unique to the pandemic period (see Figure 2). It’s interesting that Peel lost just as many people as the city of Toronto through intraprovincial migration in 2021, despite being half the size when measured by population.

There has been a small annual increase in the net inflow into the regions of the GGH outside the GTA.

A noticeable shift to greater net intraprovincial inflows into parts of the GTA excluding Toronto and Peel is a highlight of the data. The shift was particularly strong for Durham region (see below). 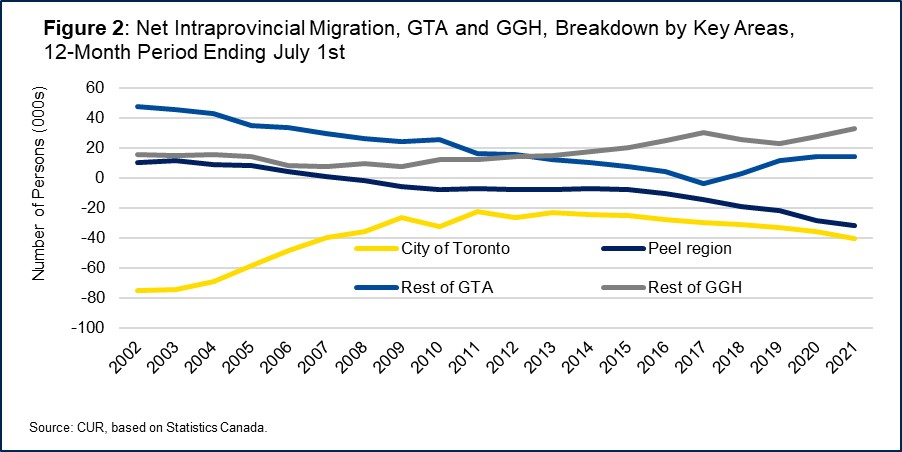 Figure 3 shows that the more affordable areas of the GGH are attracting residents from other parts of the province. Durham region in particular has seen an acceleration in its population inflow, followed by Simcoe county. Halton region, Niagara region and the city of Hamilton have also seen an acceleration in net population inflow from other parts of the province. The search for affordable housing is a primary factor here. 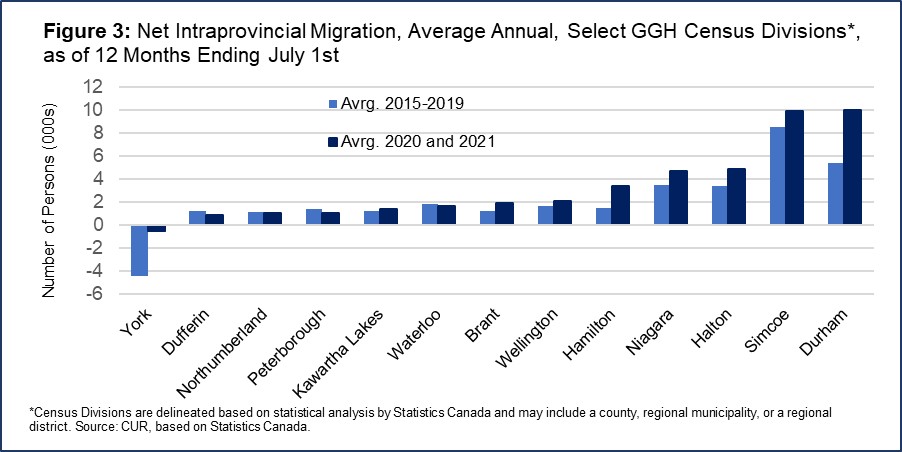