Over the last two quarters (i.e., Q4/2020 plus Q1/2021), the total number of residential building permits issued in the Greater Golden Horseshoe (GGH) hit a record high of 39,734 units, up 56% from the same period a year earlier. By far the major contributor to this gain was a 73.6% jump, year-over-year, in apartment units which significantly outweighed the 26% rise, year-over-year, in the permits for single, semi-detached and townhouse units, aka ground-related units. 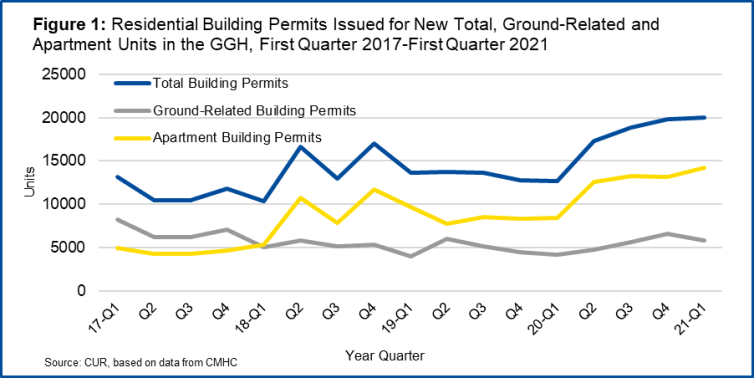 In regions of the GGH outside the GTA (the so-called ‘outer ring’ in addition to Hamilton), the total volume of permits issued during the past two quarters totalled a record 10,021 units. However, the pattern of growth of permits was somewhat more balanced with the number of apartment permits approved over the past six months totalling 5,597 units (+34.1% year-over-year) versus 4,424 (+35% year-over-year) for ground-related homes. 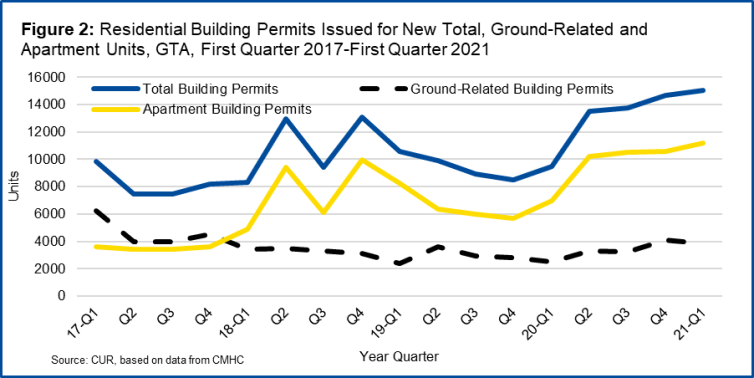 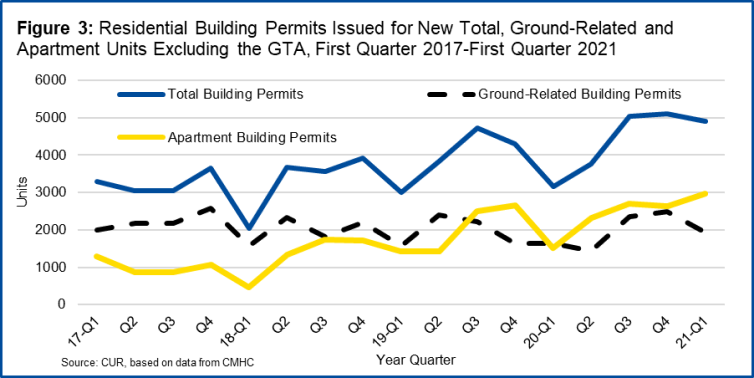 John Clinkard is a Research Fellow at Ryerson University’s Centre for Urban Research and Land Development (CUR) in Toronto.