Keynote: Naomi Klein — This Changes Everything: Capitalism vs. the Climate 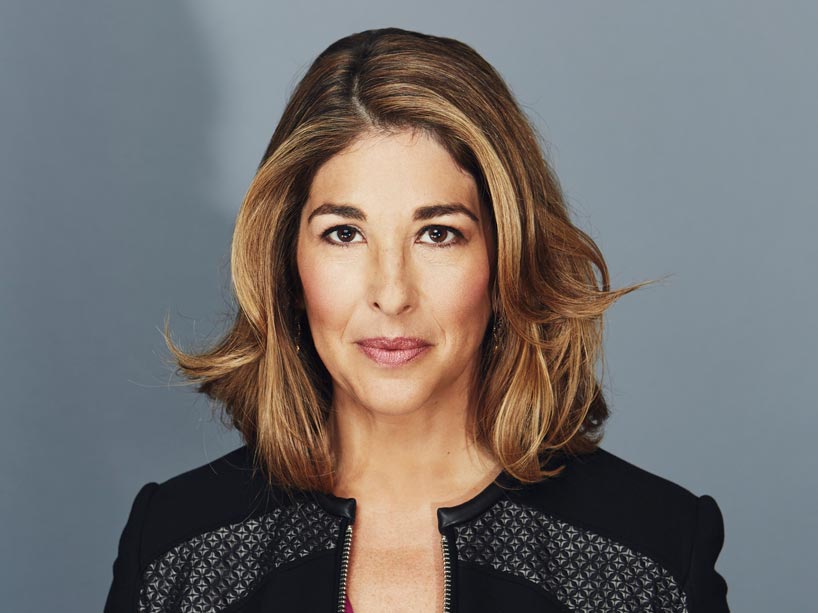 Naomi Klein is an award-winning journalist, columnist, and the #1 international bestselling author of seminal books The Shock Doctrine and No Logo. In her book This Changes Everything, and in powerful new talks, she exposes the myths of the climate debate. It’s “the most momentous and contentious environmental book since Silent Spring” (The New York Times). Her newest book, On Fire, takes on the global climate justice movement and makes an urgent case for a Green New Deal.

Since This Changes Everything was published, Klein’s primary focus has been on putting its ideas into action. She is one of the organizers and authors of Canada’s Leap Manifesto, a blueprint for a rapid and justice-based transition off fossil fuels. The Leap has been endorsed by over 200 organizations, tens of thousands of individuals, and has inspired similar climate justice initiatives around the world. Her recent book, On Fire: The (Burning) Case for a Green New Deal, is an expansive exploration that frames the battle for climate justice as inextricably linked to the fight for our lives; capturing burning urgency of the climate crisis—and lifting up the inextinguishable energy and passion of a rising, vital political movement. Hailed by LA Times as “an antidote to despair”, On Fire is already inspiring environmentalists seasoned and blossoming alike: with Klein being called the “intellectual godmother of the Green New Deal,” by 350.org founder Bill McKibben, and as the “great chronicler of our age of climate emergency, an inspirer of generations,” by Greta Thunberg. And in her first book written for young readers, Klein teams up with Rebecca Steffof to lay out the facts and challenges of climate change and the movement for climate justice. How to Change Everything is not only informative; it provides young people with inspiration, ideas, and tools for action to build a better future.

A true force of nature herself, Klein’s powerful influence has had a ripple effect on an international level. In The Battle for Paradise, is a startling investigation into the ways disaster capitalism undermines a nation’s recovery, and all royalties go to disaster relief in Puerto Rico. Klein was awarded Australia’s prestigious Sydney Peace Prize, for “exposing the structural causes and responsibility for the climate crisis, for inspiring us to stand up locally, nationally and internationally to demand a new agenda for sharing the planet that respects human rights and equality, and for reminding us of the power of authentic democracy to achieve transformative change and justice.”

Naomi Klein is an award-winning journalist, syndicated columnist and author of the international bestsellers, This Changes Everything: Capitalism vs The Climate, The Shock Doctrine: The Rise of Disaster Capitalism, and No Logo. An instant New York Times bestseller, This Changes Everything is being translated into over 25 languages. Nominated for multiple awards, it won the Hilary Weston Writers’ Trust Prize for Nonfiction. The documentary inspired by the book, and directed by Avi Lewis, premiered at the Toronto International Film Festival.

Klein is a member of the board of directors for climate-action group 350.org. In 2015, she was invited to speak at the Vatican to help launch Pope Francis’s historic encyclical on ecology, Laudato si’. She is a Senior Correspondent for The Intercept, and was named the inaugural Gloria Steinem Chair for Media, Culture and Feminist Studies at Rutgers University. She is also a Puffin Foundation Writing Fellow at The Nation Institute, and contributor to the Nation Magazine. Her articles have appeared in The New York Times, The New Yorker, The Boston Globe, The Guardian, the London Review of Books and Le Monde. She has multiple honorary degrees and received the International Studies Association’s IPE Outstanding Activist-Scholar award.

Forget everything you think you know about global warming. The really inconvenient truth is that it’s not about carbon—it’s about capitalism. The convenient truth is that we can seize this existential crisis to transform our failed system and build something radically better. In her most provocative talk yet, Naomi Klein tackles the most profound threat humanity has ever faced: the war our economic model is waging against life on earth.

We have been told the market will save us, when in fact the addiction to profit and growth is digging us in deeper every day. We have been told it’s impossible to get off fossil fuels when in fact we know exactly how to do it—it just requires breaking every rule in the “free-market” playbook. We have also been told that humanity is too greedy and selfish to rise to this challenge. In fact, all around the world, the fight back is already succeeding in ways both surprising and inspiring. Climate change, Klein argues, is a civilizational wake-up call, a powerful message delivered in the language of fires, floods, storms, and droughts. Confronting it is no longer about changing the light bulbs. It’s about changing the world—before the world changes so drastically that no one is safe. Either we leap—or we sink.

Puninda Thind is deeply committed to building a sustainable, prosperous, equitable future and helping people understand and respect the interconnectedness of our world. She has previously worked with forward-thinking organizations to accelerate a just transition towards a decarbonized society. Puninda brings unique experience from the public, private, and non-profit sectors, with deep content knowledge in climate risk and resilience and stakeholder engagement. She specializes in building strategies that consider environmental, social, and economic prosperity.

Puninda holds a Bachelors of Environment and Business from the University of Waterloo. She is active in her local community as an organizer with Climate Justice Peel and as a member of the Global Shapers Community. In 2021, Puninda was a Ryerson Leadership Lab CanStudyUS, external link, opens in new window fellow. She has participated in the United Nations climate change conferences, COP 19 and COP 24, where she played a key role in advancing meaningful youth engagement in global climate policy processes. Puninda is a member of the board of directors for Threading Change, an international youth-led ethical fashion organization, and Leading Change, which supports the development of young sustainability leaders. She has been recognized as one of Canada’s top 30 under 30 sustainability leaders, one of Canada’s top 25 under 25 environmentalists, and as a Clean50 honouree for her contribution to the advancement of climate action.